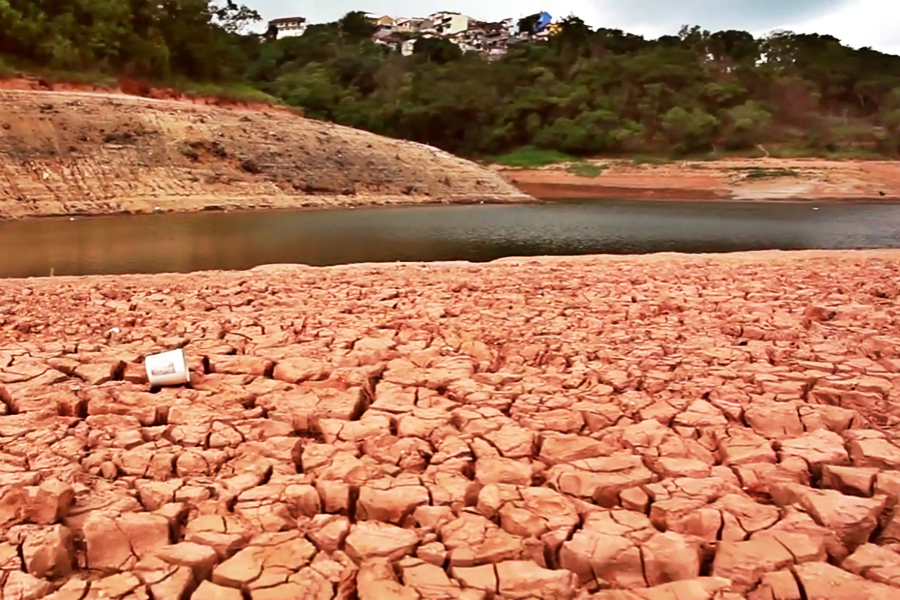 Two UConn graduate students who are passionate about climate change are on a mission to change the world one video at a time.

On a typical Friday night, most graduate students would be thinking about their weekend plans to see friends and blow off steam. Instead two UConn Ph.D. candidates are devoting their downtime to tackling climate change one video at a time.

Lori Fomenko and Amir Erfanian, both from UConn’s Department of Civil and

Environmental Engineering, started the ClimaMedia project a little less than a year ago. Since then, they have produced half a dozen videos simplifying highly technical climate change research so that the general public can understand and, hopefully, act.

As scientists and millennials, Fomenko and Erfanian saw a huge gap between how the scientific community shares news about their discoveries and the way people consume content in the digital age. While the majority of Americans report being interested in new scientific discoveries, only about 2 percent of annual news coverage between 2007 and 2012 focused on science and technology, according to a report by the National Science Foundation (NSF).

“Every year, billions of taxpayer dollars fund research, but the outcome of all that hard work and money is a 10-page paper written for the author’s peers,” says Erfanian. “This information is important for the public, but it’s not written for them. As scientists, if we want to reach people we need to speak their language.”

The inspiration for the ClimaMedia project came after Fomenko traveled to Australia and was shocked by the change she saw in the Great Barrier Reef. At the same time, Erfanian read a recent research paper about climate change and coral bleaching. The problem was that the research paper was too technical for most people to understand. The two had an idea to help make that information accessible to the general public.

“I saw how my friends and family, many of them non-scientists, reacted to the news of the Great Barrier Reef destruction. They were devastated. This real world example of how climate change impacts the things we take for granted turned theory into reality. They finally got it, ” says Fomenko. “We decided to produce videos that help more people ‘get it’ by translating technical science into everyday language, images, and topics that show the impact climate change is already having on our daily lives.”

Each week, Fomenko and Erfanian pick two or three recent research papers that discuss topics relating to climate change with an immediate, tangible impact on people. With help from the scientists who authored the selected papers, they set to work creating a simple story line. Then they pick appropriate open source video clips to accompany simple text to explain the complex research findings. Each video is about one-minute long and can be played without sound.

So far, Fomenko and Erfanian have covered several topics that they feel could strike a cord with viewers, like warming temperatures in Alaska, hurricane forecasting, and poverty due to climate change. The Guardian, a British daily newspaper with a U.S. edition, recently featured a ClimaMedia video on extreme droughts in South America based on research that Erfanian,  Fomenko, and their advisor, Professor Guiling Wang conducted through a grant from the National Science Foundation (NSF).

Wang explains how the use of video breaks language barriers, not only to translate technical to non-technical terminology, but also in a literal sense.

“After the publication of The Guardian article, I received interview requests from Germany, Brazil, and Australia. Although some of the resulting news pieces were written in languages foreign to me, they still included the ClimaMedia video. It shows that people don’t need to speak the language in order to understand the concept. The graphics convey the message to a wider audience and broaden the reach of study findings.”

The ClimaMedia team feels they have proven their concept, since analytics indicate that videos are most popular among the groups who are directly affected by the topic at hand. For instance, their video about the effects of sea level rise on urban populations was most viewed by 13 to 17 year olds in Indonesia. According to many studies, Indonesia is particularly vulnerable to damage from sea level rise due to climate change. Experts predict that some 2,000 Indonesian islands could be washed away as early as 2030.

Currently Fomenko and Erfanian are trying to increase resources for the project so that they can offer student internships, pay for subscriptions for access to better video content, and expand current marketing campaigns. They also hope to expand the scope of research featured in ClimaMedia videos to cover other fields, such as health and biotechnology.

“What Lori and Amir have been able to accomplish with ClimaMedia is not only impressive, it’s inspirational,” says Radenka Maric, UConn’s vice president for research. “We can learn a lot from our student researchers. They are the future of scientific research, they make a difference each day, and we need their help to more effectively communicate and have an impact.”

ClimaMedia is just the beginning for Fomenko and Erfanian. Their real goal is much bigger.

“We want to change the world,” Fomenko explains. “Acknowledging that there is a gap between research and the public is just the first step. To get people to act, to get them to change, that’s just as important as making a huge scientific breakthrough.”

Watch Fomenko discuss the challenges of communicating science in a UConn TedX talk, The Changing Face of Media: How Science is Left Behind.

Erfanian, Wang, and Fomenko’s study on extreme drought featured in The Guardian was originally published in Scientific Reports. The project was funded by the National Science Foundation (AGS-1063986) and the UConn Institute of Biological Risk.